In 2017, the Eretz Israel Museum set up a fascinating exhibition about Mitzpe Ramon. The opening article, written by the curator Guy Raz, reviews the first 60 years of Mitzpe Ramon, and we are proud to bring it to you. The story of Mitzpe Ramon in the eyes of a cultural researcher. 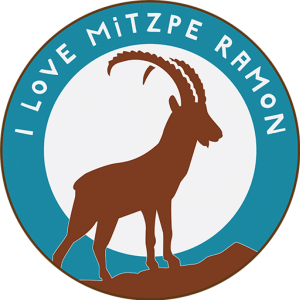 Hopes and Crises in Mitzpe Ramon

The early days: A "stop on the way"

It seems that in all the years of existence of Mitzpe Ramon it oscillates between heights and falls. As emerges from the press: Hagai Avriel‘s vision of establishing the settlement in 1956 and leaving the place in 1960; The arrival of the members of the municipal cooperative in 1961 and its dissolution a year later in what was defined as the “tomb of the dream”; The establishment of the Sculpture Park in 1962 as a hope for an art space and its one-time renovation only in 1986; The “Barrier Rebellion” in 1963, in which the residents protested against a shortage of food products and blocked the road to Eilat; The opening of the Arava Road in 1967 as the main transportation artery to Eilat that turned Mitzpe Ramon into a place that cannot be passed through, or as it is written: “The road escaped Mitzpe Ramon”; The closure of the “Clay and Pure Sand” factory in Ramon Crater four years later, which, according to many residents, was the “beginning of the end” of the settlement and more and more.

Although in 1968 the officers’ school, BAHAD 1, was inaugurated nearby, which contributed to strengthening the settlement, the mood did not change: “A lone town in the heart of the Negev” (1969), “A town stuck on a sandbar” (1970).

In addition, there was unrest among the residents against the “Black Hebrews” over a moment of strife between the resident and women from the community (1971). On the other hand, the observatory was inaugurated that year. An article called “The thin years of Mitzpe Ramon” claimed that the town held teenagers who grew up with promises, based on hopes and disappointed by reality every day again and again (1974).

The peace agreement with Egypt inspires new hope. Sinai evacuees are destined to settle in Mitzpe Ramon, but the “Peace of the Galilee” war, which breaks out two years later shifts the military and civilian resources to the country’s north.

“25 cm separates Mitzpe Ramon and the pharmacy”: The Ministry of Health did not approve the opening of a pharmacy since the building intended for its occupancy was 25 cm lower than the standard (9). The factories “Orlight”, “Plastics”, “Keter Corks” and a luggage factory. “When our children will leave Mitzpe Ramon, we will also go”, says Jenny Kanias, a veteran of the settlement, to Maariv in 1986.

The 1999 “Station on the Road” article states that even the small tourism entrepreneurs and desert lovers, who are drawn to Mitzpe Ramon and burden it with false, exhausting hopes, cannot free the 5,200 people town from the cycle of unemployment and poverty. And in the same spirit a year later: “Like a juniper in the desert, despite its natural data, spectacular desert landscape, clean air and pastoral environment that could make it an important tourist site, Mitzpe Ramon did not escape the fate of development cities – the same intrigue, the same arena saturated with struggles, violence, and threats.”

“Not only that the Negev has become ecological garbage, now they want to turn it into human garbage,” was quoted in 2003. “In Mitzpe Ramon, there is only one supermarket – and the residents pay 28% more” reported in 2011. And in 2015: “For fear of resuming mining in Mitzpe Ramon: Residents are protesting. Until recently, residents had reason to be optimistic: the construction of a tourist complex was announced, and the struggle to build a park brought achievements. At the end of 2016, it was stipulated that even the luxury hotel built on the crater rim will not save Mitzpe Ramon.”

All of these quotes dealing with Mitzpe Ramon place the visitor in the exhibition in an awkward opening position. Why this place has not fulfilled the high expectations that have been hung over it over the years – is common to what is happening in the periphery localities in general and the development towns in particular. At the same time, the exhibition presents the entirety of life in the sixty years of existence of this remote and isolated settlement, planted in a spectacular area in its beauty. It gives the historical stratification a look ahead, beyond the crossroads of today.